What does “honest” mean? Look up the word in a dictionary.

Think of a time

when honesty or dishonesty was very important either in your life or in a story you know. Why did being honest or dishonest matter?

story (whether it’s your own story or one you’ve read or heard) to someone else.
Either(1) imagine the story as a children’s book and draw some illustrations for it, or (2) tell the story to someone orally. As part of your telling, say why honesty is important.

What does honest mean? Look up the word in a dictionary.

Make up a story in which a girl your age must make a decision about honesty. Say why it matters, in the story, whether she is honest or dishonest.

Tell the story you made up through writing, speaking, a skit, or a picture.

What do we mean by “fair”? Think about a time when someone was unfair to you—perhaps by changing the rules in the middle of a game, dividing a dessert unequally, or blaming you for something that wasn’t your fault. Next, try to remember a time when you were unfair to someone else. What are some reasons that people treat other people unfairly?

What are some ways that we try to make sure things are fair–for example, in sports, education, or contents?

□ 1.2 Fairness to Groups of People

Prejudice is when you judge people before knowing them because of some characteristic they have or category of people they belong to, such as being black,

Have you ever experienced or witnessed discrimination anywhere? How do your religious education, worship services, and/or other religious activities work to include everyone and be fair to them?

Describe what you can do to help fight discrimination and prejudice. 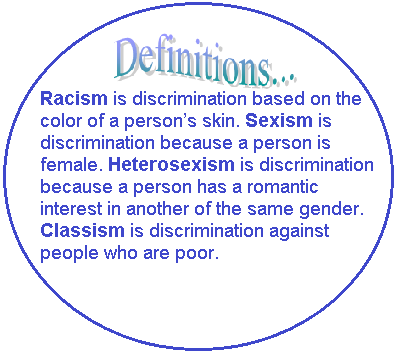 The “Golden Rule” is an idea of fairness found in many religions and cultures. Have you ever learned the Golden Rule? Read these various versions of the Golden Rule from different places and religions.

Make a story, picture, poem, or skit that shows what the “Golden Rule” means.  Your expression can be something from real life or something you imagine.

□ 1.4 Fairness to Yourself

The honesty and fairness part of the Girl Scout Law does not just apply to relationships between people. It’s also important to be honest and fair with yourself. List two weaknesses you have (we all have them!), and be careful not to exaggerate. Now make a list of 5 good things about yourself.  Look at your lists: are you being fair to yourself in both?  Is there any item where you’ve been too harsh or too easy on yourself? 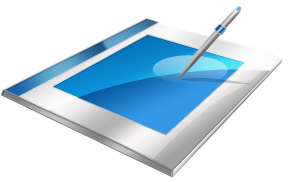 Imagine that you are a blogger or a someone who writes an advice column for girls your age. Describe your advice for being honest and fair with oneself.